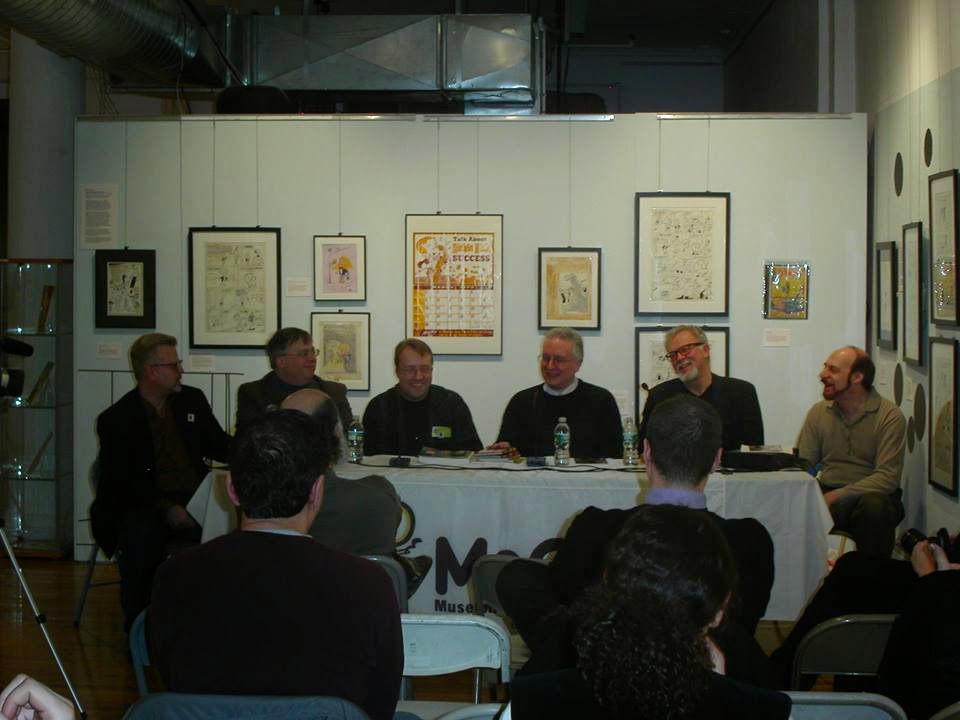 I already posted this on Facebook, but this is for my blog, which I rarely update these days.


One of my friends for the past 25 years, Chris Barat, passed away yesterday. He was 52. Apparently, God meant to take him home.

Chris wrote a Richie Rich column for my own "The Harveyville Fun Times!" publication from issue #10 through the end of the run to #75, a period of 18 years! He said at one time it was the longest tenure he ever devoted to any one thing. I'm flattered.

Chris actually got his NAME printed in a Harvey Comic. Due his correspondence with Ernie Colon ...and Lennie Herman at the time, he was able to get his name mentioned on a bank window name plate in a story in "Richie Rich" #208, November 1981!


The last time I saw Chris was in 2009 when I flew to New York for the Harvey Art Show and he and his wife Nicky and friend Joe Torcivia made the effort to show up to the show opening, for which I am very grateful. It is the way I would like to remember Chris as strong and healthy.

My other close Harvey friend from the "THFT!" days (besides Joe) was Quinton Clem, and like Chris, I was aware that he was ill, but not to what extent. Quinton got cancer and died in 2012. I've recently completed the manuscript for "The Harvey Comics Companion" for TwoMorrows and I dedicated the book to Quinton. I will revise that to also dedicate it to Chris. Both Chris and Quinton were two people more than anyone else I wanted to see the completed book. Now neither of them can.

I did ask Chris a few questions for the book and if he wanted to contribute anything in the early days of writing it in early 2014, but he said that I could handle it, but he said to feel free to contact him if I got stumped on anything. It was probably the last time I communicated with Chris.

I have attached a photo that I plan to use in the book from the Harvey Art Show featuring a Q&A panel featuring Chris and myself (as well as the back of Joe's head!). From left to right are Paul Maringelli, Chris, me, Jim Salicrup, Rick Parker and Angelo De Cesare. Joe is sitting in the far left seat closest to the camera in the purple sweater.

I love and miss you Chris. You were a good soul.