EDITORIAL ABOUT WHY SO MANY CELEBRITY DEATHS IN 2016

Much has been said by so many people about why so many famous people have passed away in 2016; seemingly much more than in any other year in our history. This may or may not be true, but I have some theories.

Of course, I am the purveyor of bad news and virtually every day this year, I have posted the death of someone or other, but why? Why this year? People die all the time. Granted there are more people alive on this planet now than at any other time in this planet's history, so the odds are that much greater that more people will also die each year, simply due to that fact.

A MAJOR factor is that the 1960s as a decade is now 50 years old. I, myself will be reaching that milestone on December 15th. About a month ago, I posted that NBC was the first television network to broadcast a full-color primetime programming line-up and that fact alone was a game changer, although no one really knew it at the time.

Let's go back to the 1960s. My grandfather turned 50 in 1964. When he turned 50, there was probably some nostalgia for things that happened in the 1910's, and people that were prominent back then were dying off in the 1960s and 70s. People like Buster Keaton and Charlie Chaplin and others, but the number of deaths of famous people were fewer and farther between compared to now since the amount of famous people who retained their fame for over 50 years was far fewer than now, so if someone who was big in the 1910s, they weren't necessarily still big in the 1960s.

Why? The difference is that in the 1960s, precious little material from the 1910s was still being shown as it was black and white and SILENT. Also, much material was not even archived as Vaudeville was still all the rage, so all of those performers and performances who never appeared on film was lost except to the memories of those who lived back then.

Now, because of color and the omnipresence of television, color TV shows and series (especially the more popular ones) have been aired endlessly since their debuts. Prior to the color transition, there were black and white series, but the ones that kept getting reran were ones that were filmed instead of done live and filmed as kinescopes. So, shows like "I Love Lucy" and the 39 episodes of "The Honeymooners" were and still are reran endlessly, while the kinescopes fell by the wayside.

Then, in recent times, with the advent of digital technology, the color masters (and even the black and white ones) have been digitally remastered and cleaned up so that they look like they were shot today. Coupled with that, the shows have aired in syndication, have been issued on tape and DVD, have been resurrected for oldies TV stations like MeTV and are now streaming.

Because of this, the aging stars who were in their 20s and 30s in the 1960s are now in their 70s and 80s, but because they appear on TV every day in their youth, they don't seem to have aged and are always on our TVs. So when they die, it's more of a hard hit because we all grew up with these people and they still look so young and vibrant.

Granted, some of the deaths this year have been a true shock like David Bowie, Prince and Florence Henderson who were still being very active and making regular appearances in concert and on TV.
So, will this stop now that 2016 is over? I'm afraid not. 2017 will probably continue to be the demise of more of our favorite celebrities from the 1960s and 1970s and 1980s and the remainder of those from earlier times, and it will only get worse as these people will continue to be shown in our homes on a regular basis making them also seem like they are eternally young. Fortunately, we have the memories and the footage so they will continue to live on.

Another major 2016 blow today. Gene Wilder has passed away. I met the man quite a few years ago...in 2005 to be exact. He was a sweetheart. Since "Willy Wonka and the Chocolate Factory" is my favorite movie of all time, and "Blazing Saddles" and "Young Frankenstein" are up there, this is a great loss. 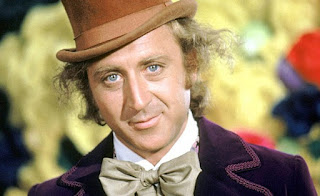 So I guess I will write a few words about Jack Davis since I've posted so many images on Facebook. 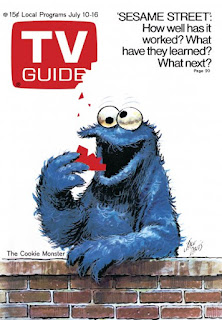 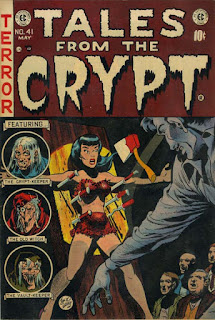 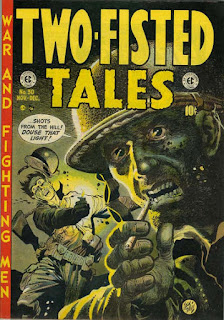 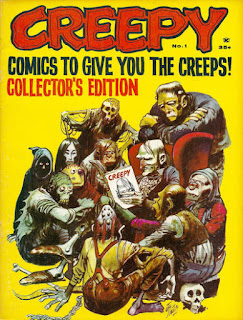 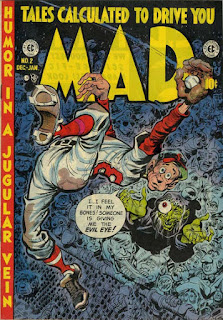 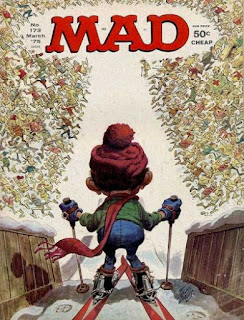 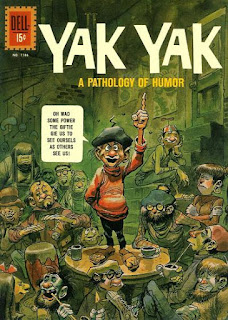 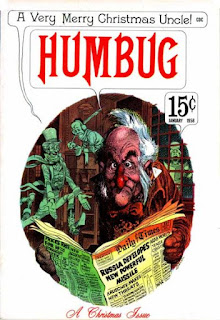 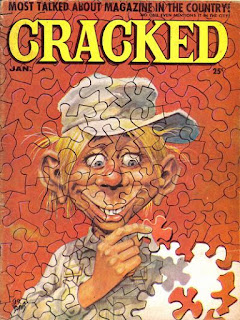 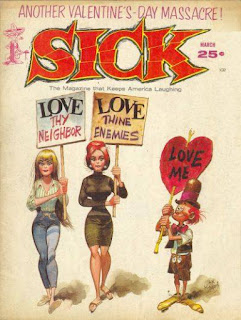 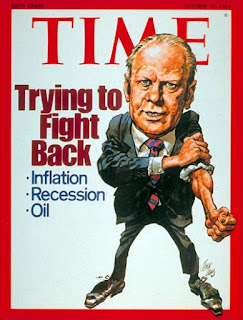 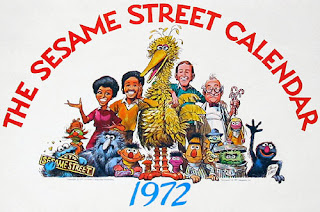 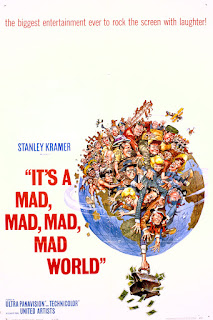 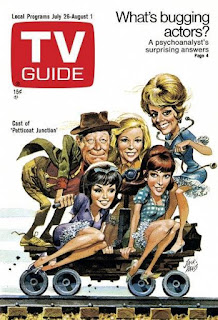 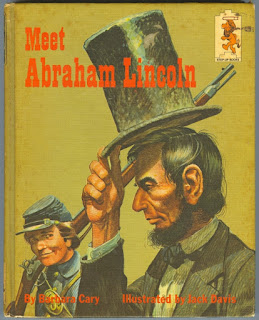 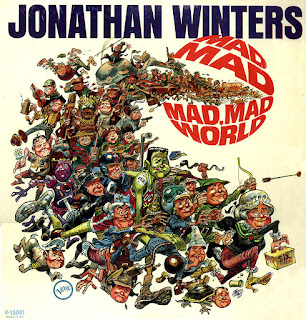 My first exposure to Jack Davis was in "Sesame Street" magazine back in 1970 where he illustrated the occasional cartoon. I then saw Davis' work on Rankin-Bass' "Jackson 5" TV show in 1971. Moving on to 1974 where I first started reading "Mad" and in my house were copies of "Time" and "TV Guide" which also featured Davis covers.
There was a magazine in 1983 called "Fanfare" that covered Jack Davis' LP covers and I also discovered he did a lot of movie posters and other EC Comics covers and other humor magazine covers and just a lot of artwork in general.


He is one of my favorite artists of all time and although the rumors of his death in 2013 were false, it was known that he may not be long for this world when he announced his retirement at age 90 in 2014.
I never met Davis in person, but did speak to him on the phone once for my "Cracked" book. He was very nice to me, despite the fact that he admitted not having a good time at "Cracked".
Posted by Fun Ideas at 11:31 AM No comments:

Good Times with The Monkees

Since The Monkees have a brand new album out, I might as well share this again (from 2013). In 2012-2013, I had the pleasure of meeting and seeing all four of the former Monkees (yes, Davy, too, two weeks before he died in 2012), and see three of them perform together (Micky, Peter and Mike) and all four separately (though Davy's wasn't a concert, but he did pull out a guitar and sing at one point at the autograph show I was attending). I also saw Micky some time earlier in 1993 when he wrote a book and saw the Davy/Micky/Peter version of The Monkees twice; once in 1987 and once in 1997 (I think). In any case, I've seen them a lot and am a fan. 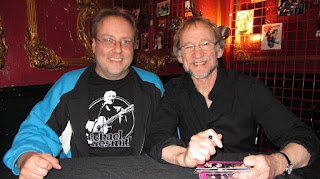 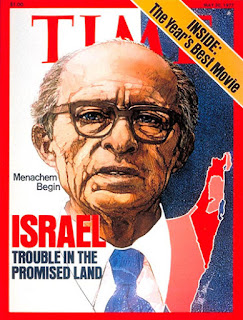 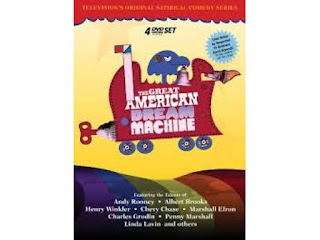 In 2007 and 2010, I made a list of TV shows I would like to see on DVD. Now it's 2016, let's see the progress. Below is the original list with an asterisk (*) by those shows that have made it to DVD since I originally posted this:

In no particular order:

Batman with Adam West is also out now. I'd still like to see Julia with Diahann Carroll and a few other sitcoms like The Ropers.
Posted by Fun Ideas at 1:51 PM No comments: