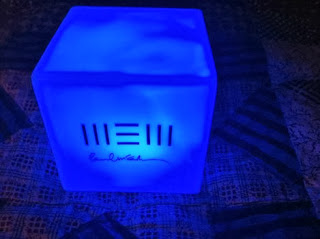 I bought Paul McCartney's "New" album and whew! it's a relief to say that it is good. I think wife #3 is a good influence. Gone is the lameness of the songs from "Chaos and Creation in the Backyard" and especially "Driving Rain". This album hits hard with strong, concise songs. The only weak point is still Paul's voice, but it is better here than on the standards album "Kisses on the Bottom". I think Paul should realize that he's 71 years old and that he really can't hit the high notes very well anymore. When he sings in a lower register, he's still sounds the same. On "Kisses" he sang most of the songs on a higher scale for some reason and came across sounding like Carol Channing. Here, with a couple of exceptions, he avoids the high voice ballads and sings the rockers with his good, lower voice.

Is it McCartney's best? No, but it is certainly one of his better albums and that's saying a lot from me who only listened to the album once. Sometimes, I hate a McCartney album until I've heard it four or five times. This one is good right away. That means it should get even better with every listen.
Posted by Fun Ideas at 5:02 PM No comments: